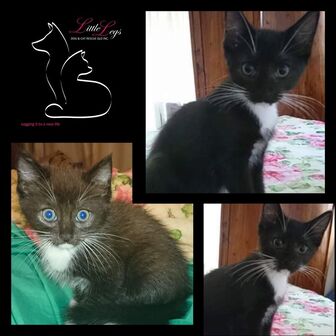 Kennedy is a handsome, fluffy little man, who was born at his foster carer's house, after his heavily pregnant young mum was rescued from a rural pound.

His mum, Esperance, who was only a baby herself, delivered four healthy babies shortly after coming into care. Kennedy and his brother, Quagi, and sisters, Wylie and Mylie. Kenny is a very confident, young man, who is also extremely playful and adventurous.

​He loves playing with his siblings, as well as his toys, but is also happy to explore his surroundings on his own. He enjoys pats and belly rubs, and will let you know with his loud purr. He is looking for a forever family to keep him safe, play with him, and give him lots of love and attention.